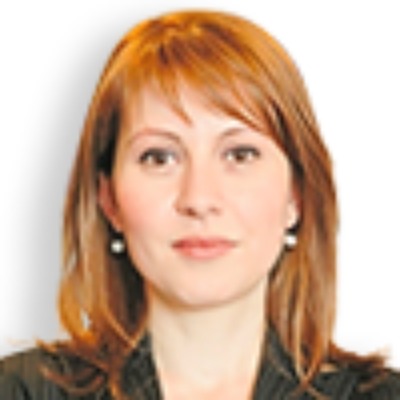 Beyond Amini's Murder: The economic reasons uniting men and women in the protests in Iran

The regime may suppress this uprising violently, as it has suppressed previous uprisings. But the deep-seated economic problems behind the uprising indicate that the mullahs' regime is now being rocked more violently.

The latest Iran-wide protests erupted after the tragic death of 22-year-old Mahsa Amini in police custody after she was arrested for not wearing her headscarf properly. This death was not the first and will not be the last. The protesters' resistance to Iran's Supreme Leader Ayatollah Ali Khamenei and the regime he represents is part of a long struggle by a large segment of the Iranian people for democracy and independence.

It is important to grasp the economic reasons behind the widespread protests in Iran, which have evolved from a reaction against rigid gender discrimination to a male-backed popular revolt against a corrupt and despotic regime. The corrupt and repressive government is the backdrop for the protests, as is unemployment, high youth unemployment and high inflation.

In the last 15 years of their more than 40 years in power, as the economy has contracted and the lives of ordinary citizens have become more difficult, the Revolutionary Guards and others associated with the government have concentrated wealth in their hands, hoarding an even greater share of the national economy. In recent years in particular, the economy has contracted sharply and Iran's currency has depreciated significantly, driving up inflation. The government's efforts to repair the damage have not been enough; and corruption has deepened.

For the Iranian people, who live in an ancient and rich land, independence is not only about escaping the misogyny of the despotic regime, but also about escaping a failing economy and submission to Putin and China. Iran is currently grappling with economic problems largely caused by US sanctions. The impact of sanctions is being felt most acutely by the most vulnerable sections of society: large sections of the population and ethnic minorities struggling to access food and basic goods.

US sanctions have not only failed to weaken the repressive states they target, but have actually benefited them. Since the 1979 Revolution, U.S. actions have provided endless opportunities for the mullahs' regime to exploit and rule the country through fear. Even the recent election of the pro-regime hardliner Raisi as president can be seen, in part, as a product of Trump's "maximum pressure sanctions" after 2018.

Years of sanctions and economic isolation have prevented Iran from developing a comprehensive strategy for its foreign relations based on full national capabilities and resources. While Tehran devotes much of its time and energy to surviving under sanctions, it sees Russia and China as invaluable economic partners in achieving this goal. As the Islamic Republic has moved further into Russia's orbit following Putin's invasion of Ukraine this year, its economic ties with Europe, once its largest trading partner, have been on the wane.

Beijing and Moscow have consistently provided diplomatic and economic support to Tehran. Beijing imports oil from Iran, crippled by US sanctions, and maintains trade, which became the lifeblood of the Iranian economy. It has also signed a 25-year comprehensive strategic agreement involving billions of dollars of Chinese investment in Iran in various fields. Russia, for its part, supports the restoration of the nuclear deal with the West and the lifting of sanctions.

Despite booming trade with China, many small and medium-sized Iranian companies have gone bankrupt over the years due to imports of cheap, low-quality Chinese products. The government was unable to support these domestic entrepreneurs because of limited financial resources due to sanctions and because it prioritized political relations with China in controlling imports from this country.

Moreover, despite high-level diplomatic visits and the signing of several agreements with Russia and China, the Tehran government has failed to develop an economic relationship with Beijing and Moscow that has changed the country's economic fate and isolation. On the Iranian side, there are other long-standing priorities, such as its ambitions for regional hegemony through its plans in Syria, Iraq, and Lebanon as well as its major confrontation with Israel.

In contrast to China's trade with Iran, which amounts to some $19 billion a year, Russian-Iranian trade amounts to only $3 billion. Apart from participating in some infrastructure projects, Russia has shied away from other economic partnerships. Some members of the Iranian political establishment believe that Russia is the main factor hindering Iran's energy exports to regional and global markets, and the main reason why the country cannot reap the economic benefits of Syria or regional assets such as the Caspian Sea.

Iran's status was upgraded from observer state after Raisi attended the Shanghai Cooperation Organization leaders' summit in Samarkand, Uzbekistan, in early September. However, the sanctions imposed on Russia for the invasion of Ukraine cause China to buy more Russian oil, while Iran loses its potential. This in itself points to an adverse dynamic in their relationship.

If sanctions are lifted, Iran will have the opportunity to exploit some of its unique geopolitical and geoeconomic advantages, such as its untapped energy resources, and emerge as a very attractive market for Western investors.

While Tehran uses its economic ties with Russia and China as leverage against the West, the reality is that neither country is poised to accomplish the nearly impossible mission of transforming Iran's dire economic prospects and grave economic situation.

Iran's economy may be isolated, but its people are not

Recent protests over the fraudulent 2009 elections, 2017 economic mismanagement, and the 2019 fuel price hike have been brutally suppressed by Iranian security forces. The fate of this latest uprising may be no different. However, for the first time since the founding of the Republic of Iran, the current uprising is unlike any other as it includes wealthy Iranians in Northern Tehran as well as the working class concentrated in the south and all ethnic minorities - Turks, Kurds, Persians.

The younger generation, born in the midst of deep economic problems, raised in a foreclosed environment and wrestling with a 25-30% unemployment, is participating the protests because they have lost hope in Iran's future. They feel they have "nothing to lose" due to the lack of results from the "reform" measures that have been addressed from time to time.

The current tyrannical regime may suppress this uprising, as it has suppressed previous ones, by killing hundreds of people and intimidating thousands more. But the huge and deep-seated economic problems behind the uprising, the demands for basic human rights and the desire for a better life show that the mullahs' regime is now being rocked more violently.

What behooves us is to salute the brave women of the great civilization of Iran, and the men who have lifted the fire they have lit, and to make their voices heard.

*She is an economist with 28 years of professional experience and a columnist on economy/politics on web-based media. She was the Director of Research and Strategy at Egeli & Co. Asset Management, previously was the Turkey Economist of UniCredit Menkul Değerler A.Ş. as the Director of the Research Department; the Chief Economist and the Manager of the Research Department at Ekspres Invest; the Economist at Raymond James Securities; and Ege Invest; an Analyst of the Research Department at Global Securities, and Karon Securities. She received her undergraduate degree in Business Administration from Middle East Technical University in 1995, before receiving her M.A. degree in Economics from Hacettepe University. She is the mother of a lovely daughter and runs the family farm producing raisins and grains in the city of Manisa/Saruhanli, located in western Turkey.