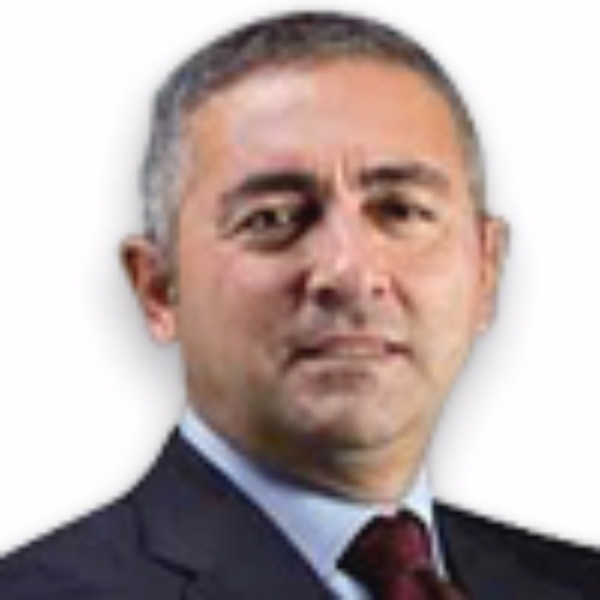 Erdogan's Way Out: War or Occupation

In every apartment building, in every neighborhood, there is an individual who bullies his neighbors, who picks fights, who finds the solution only in fighting and violence. Erdogan's Turkey is just such a country in its region at the moment while Erdogan himself represents the crudest manifestation of an understanding that constantly threatens Kurds, Armenians and Greeks by saying "we can come suddenly one night" and that persecutes civilians, children His mentality, which takes advantage of the vacuum created by the end of the Cold War and Russia's attack on Ukraine to occupy the territories of relatively weaker countries, and a mentality that knows no bounds when it comes to harming the Kurdish people, finds no other way to cover up the misery it has created in his country than to constantly raise war cries.

We always point out that Turkey has perfectly justified claims against Greece regarding their issues in the Aegean. However, the way to get there is not through the bellicose,  vindictive rhetoric and attitude adopted by Erdogan and the opposition parties. Although it was rather aimed at strengthening his domestic political base and diverting attention away from the agenda, Erdogan's speech at Teknofest still isolates Turkey on the international scene further at a time when its economy is on the verge of collapse:

"Is this America supplying weapons and aircraft to Greece? Is it threatening us from over there with S-300s? Listen, O Greek, look at history, go back to history, if you make any further moves, the price will be heavy! We have but one sentence for Greece: don't forget Smyrna! Your occupation of the islands is not binding for us, we will do what is necessary when the time comes. As we always say, we can come suddenly one night."

As Turkey increasingly distanced itself from the Western alliance to which it belonged and became reliant on Russia, with which it had major problems that could erupt at any moment, the US began to make its most important investments in Greece. Both Washington and France saw the need to take such a precautionary measure against Ankara, which they assumed could go on the rampage in the Aegean at any moment.

It should not be forgotten that the United States or the countries of the European Union are the only ones troubled by Turkey's aggressive and expansionist attitude. Saudi Arabia, the United Arab Emirates, Israel and Egypt are also unhappy with Ankara's approach and have formed military and economic alliances with Greece.

Erdogan is aware of this fact and is now trying to repair what he broke yesterday. He is making every effort to re-establish relations with Israel and Egypt, and he sees no inconvenience in throwing himself at the feet of the Saudi prince, whom he accused only yesterday of being a murderer. Even if this attitude helps to improve relations, all countries in the region know very well that Erdogan's Turkey cannot be a reliable partner and will revert to old habits as soon as it regains the upper hand or finds the opportunity to do so.

Threatening a NATO country with invasion is not a rational statement to make. There is no doubt that regional experts and leaders in Western capitals realize what is going on and will accelerate their decisions to take further steps to strengthen Athens against an aggressive Turkey. Because of the S-400 decision, Turkey has dropped out of the F-35 project, in which it was a partner and manufacturer of some parts. Erdogan did not anticipate this decision, believing that his friend Trump would not allow it.

Erdogan's mistaken political steps have deprived the Turkish Air Force not only of the next-generation F-35 aircraft, but also the economy of $12 billion in annual production revenue and technological development capacity. It is important to remember that if Turkey has an aviation industry today, it owes it to the F-16 project launched in the Turgut Ozal years.

With this rhetoric against Greece, Erdogan is also making it impossible for Congress to approve the purchase of F-16s and the refurbishment of the old aircraft. He may want to break completely with the NATO alliance and let the defense industry depend on the Russians, but he will surely intensify his anti-Western and anti-American rhetoric with an eye on the upcoming elections.

For the moment, the West is playing for time and consoling itself with the conviction that an internally cornered Erdogan must resort to aggressive rhetoric. What they fail to see is that one-man regimes do not hesitate to put their countries in the fire for their own survival. The experiences of Iraq, Argentina, the Greek junta and Putin's invasion of Ukraine demonstrate the danger of one-man regimes and their ability to lead their countries to disaster.

Erdogan can only offer a brand of jihad and Unionism [refers to late Ottoman Union and Progress] to the electorate to which he can offer nothing in economic terms. For 100 years, the masses in Turkey have been brought up to be hostile to the "Other," especially Armenians, Greeks and Kurds. This applies to both secularists and conservatives. Therefore it would not be a surprise if Erdogan were to embark on a pre-election adventure, but it would produce one of the most serious consequences for Turkey in its history.

*Ergun Babahan graduated from Istanbul University Law School in 1981. After a short time working as a lawyer, he stepped into journalism as a reporter in Yeni Asır. He worked as an editor, managing editor and editor-in-chief in Söz, Hürriyet, Sabah and Yeni Binyıl newspapers, respectively. He joined the John Knight Professional Program at Stanford University with a German Marshall Fund scholarship in 1988, and the American Foreign Policy Process program at the University of Maryland in 1990 with a Ford Foundation scholarship. Babahan served as the editor-in-chief for +Gercek and now works as editor-in-chief for +GercekNews.