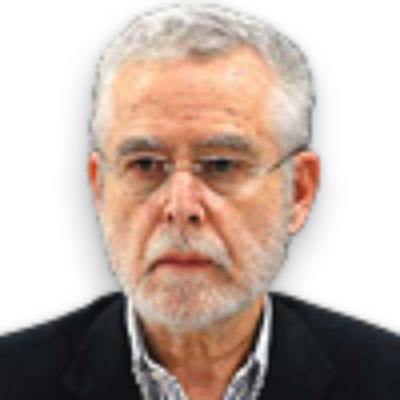 For the last time for those who can write but not read: The Patriarchate and Ecumenism

Turkey has accepted the “Ecumenical” title at Lausanne

I ask you if you know about it, because our state does not know: the Turkish state has officially recognized that Fener (Patriarchate of Constantinople) is ecumenical.

You may have already heard, but in a nutshell: Patriarch Bartholomew arrives in Trabzon for Marian Mass at Sumela Monastery. At the airport he receives a jersey of Trabzonspor with the inscription "Ecumenical Patriarch Bartholomew" on the back, a burgundy scarf and flowers. All hell breaks loose. The Istanbul Fatih District Government issues a press release, "Due to the recent use of the term 'ecumenical' by Patriarch Dimitri Bartholomew of the Greek Patriarchate of Constantinople and by the Patriarchate from time to time, it has become necessary to issue this statement." A text that is a delight for many reasons:

b) More importantly, it states that "A sovereign state (...) that grants special status to [its minorities] by granting privileges that it does not even recognize for the majority is clearly violating the principle of equality enshrined in Article 10 of the Constitution."

The rights of the majority are called "negative rights," e.g., the right to own property, the right to vote, the right to travel, etc., which are granted to all citizens. Minority rights are called "positive rights," i.e., rights not granted to the majority, such as the right to establish their own school and teach their own language. This second type of rights is granted additionally by the state to the minority citizen in order to ensure true equality. The 4th Chamber of the Court of Cassation mentioned the "principle of equality of the Constitution" in its judgment, without knowing this basic principle which a student in the Mulkiye (Faculty of Political Sciences) should know by the third year. What a disgrace. And the county government cites this as a "source" 15 years later. What a mess.

2) The office of the district governor declares that the Patriarchate and the Patriarch are not ecumenical, relying on the letter of the Istanbul governorate dated December 6, 1923, number 1092. However, as I explained in my article above, this text has nothing to do with ecumenism; it only states that those who participate in the Patriarchal election must be Turkish citizens. Our district governor wrote his statement without reading this as well.

3) The statement also fails to understand the concept of ecumenism. It means "universal" in the Christian world and refers to the fact that Fener is, since the 6th century, the spiritual and honorary head of the other Greek Orthodox Patriarchates and Churches, which recognize it as "first among equals". It was strengthened by Sultan Mehmed II and employed to compete with the Catholic Pope, on the one hand, and to dominate the Orthodox world of his time, on the other.

In 2014, the Pope and the Patriarch exchanged kisses and reconciled. The Russian Church and some of the Balkan churches influenced by it, as well as the Greek Church, remain staunch opponents of Fener. And in this environment, the Turkish state is also against Fener. For it fears that "it will become a Vatican." Paranoia aside, they do not even know that there is no centralized structure in Christianity other than Catholicism. Who cares if all Western countries recognize Fener as ecumenical. In June 2010, in the Buyukada Orphanage case, when returning the title deed to the Patriarchate and ordering Turkey to pay compensation under the title "Affaire Patriarcat Œcuménique/Turquie (No. 14340/05)," the ECHR not only recognized the Patriarchate as the plaintiff/legal subject, but also stated that it was ecumenical - no big deal.(For detailed information, see C em Sofuoglu's article in C. Aktar's Ecumenical Patriarchate compilation: Gn. Foundations Directorate sues the Patriarchate in 2003, i.e., accepts its legal personality and capacity to sue, but the same Directorate will claim "the Patriarchate has no legal personality" in its defense before the ECHR in the Orphanage case in 2010.) If the western countries and the ECHR were not enough, the Venice Commission, the Council of Europe's reference body on constitutional issues, also asks Turkey to recognize the legal personality of religious minorities and the ecumenical status of the Greek Patriarchate of Constantinople. But nah, if the Governorate of Eyup (or Fatih) refuses it, that's the end of it.

It is difficult to comprehend what this psychological situation is about. Anyway, the story that patriarchy is answerable to the district government, as far as I have been able to find out and as Professor Elcin Macar, the leading expert on patriarchy, recalls, begins with Mesut Yilmaz's statement in the Gunes newspaper on July 13, 1990: "The Patriarchate should answer to the district governor of Eyup." I can say with certainty that our state has no official document establishing the Patriarchate answerable to this or that place. Moreover, astonishingly, our state cannot even decide on the name of its own office. Sometimes it refers to it as "subordinate to the deputy governor of Istanbul", sometimes as "the governor of Fatih district", sometimes as "the governor of Eyup district." In the latest incident, the Fatih district governor's office took matters into its own hands. It may be that the boundaries of Istanbul's municipalities change from time to time; I wouldn't know.

5) When the incident flared up, D. Bahceli, the ruling partner, retorted, "The Treaty of Lausanne stipulates that the Greek Patriarch of Constantinople does not interfere in political and administrative affairs and renders spiritual services to our Greek Orthodox citizens in our country and has no status other than that of a religious official under the Governorate of Fatih."

We can tell that D. Bahceli has not read the Treaty of Lausanne either. Because, I asked my friend Prof. Ali Dayıoglu, with whom we will soon publish "The Lausanne Violations of Greece and Turkey", to review it, and I can safely say that there is no mention of the Patriarchate in the Lausanne Treaty, and of course there is no mention of the Governorate of Fatih District (or Eyup for that matter) at all.

Ignorance and paranoia go so hand in hand in the country that we should add this: The Turkish parliamentary delegation does not object to the term "ecumenical" anywhere in the Lausanne negotiations. Moreover, in a session that included an outright fascist like Dr. Riza Nur, there is the following official determination signed by the parties:

6) I ask you if you know, because our state seems not to know, that the Turkish state officially recognizes Fener as ecumenical.

At the Prime Minister's level: "Prime Minister Erdogan replied to the question "Does it bother you that the Greek Patriarch of Fener is described as ecumenical?" with the answer "it would not bother me."

At the presidential level:

"Mr. Ecumenical Patriarch Bartholomew I, the Patriarch of the Greek Orthodox, A consultation meeting will be held in Istanbul with the leaders and representatives of the minority communities living in Turkey, hosted by the Minister of Justice of the Republic of Turkey, Mr. Abdulhamit Gul and the Spokesman of the Presidency of the Republic of Turkey, Ambassador Ibrahim Kalin. Your presence is requested." Date: 26 November 2020. It is interesting to note that this invitation, written on a letterhead of the "Presidency of the Republic of Turkey", is unsigned; you can make your own interpretation. There is a picture copy on page 69 of E. Macar's book, Patriarch Bartholomeos from Imroz to Istanbul, published by Dogan Kitap in November 2021.

I am tired and will stop here. Anyway, one word is enough for the wise, and many words do not fill a bushel.