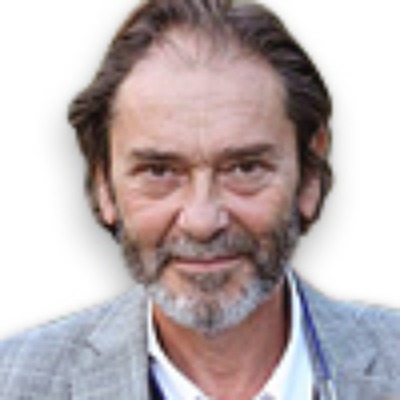 The Ankara regime, like the Moscow regime, is a clear security threat not only to its neighbors and former allies, but also to Turkey itself.

On September 3, 2022, Erdogan launched a new Greek Campaign in Samsun which seems to herald an era unprecedented and unheard since 1922 in the troubled relationship with our western neighbor. Since then, he has been repeating the threat every time he grabs a microphone.

The Ankara regime has been seeking a bloody foreign war for quite some time. Even if it does not have the money for such a war, a short-lived madness that will be quickly terminated by the West is always possible.

Ankara’s three other operation zones, Iraq, Libya and Syria proceed more or less “smoothly” but against Greece and Cyprus it cannot do anything beyond flying airplanes and waving flags.

Let us recall: The exploratory talks between the two countries, which had been taking place since 2002, were unilaterally (and without consulting the Foreign Ministry) terminated by Erdogan in March 2016 due to the crisis of officers fleeing to the neighbor after the July 15 coup d’état. They have resumed in 2021, but nothing is happening.

This veto on dialogue should be given due notice.

The end of the talks was preceded by a terrible refugee crisis in the summer of 2015. It is clear that Ankara encouraged this massive emigration.

Then, on November 27, 2019, a “diagonal” Libya-Turkey maritime jurisdiction agreement, unprecedented in interstate relations and ignoring the island of Crete, was signed on the basis of the Blue Homeland nonsense that the nationalist opposition fabricated and sold to the regime.

Likewise, within the same framework, this time the “occupied Turkish islands” nonsense was invented by the shy nationalist opposition (CHP) and imposed upon the regime.

Meanwhile, threats of “watch out I’ll send the refugees,” costly warplanes’ sorties, and fossil fuel exploration on foreign seabed continued unabated. In the face of so many hybrid threats, Athens has started to take measures to protect itself.

These measures started under the Tsipras government, not the Mitsotakis government, as many Turkish citizens nowadays believe.

Greece has established a new security and defense architecture through the Mutual Defense Cooperation Agreement signed with the United States, the Strategic Partnership Agreement in Military and Arms Industry signed with France, the giant defense and energy-oriented facility in Alexandroupoli in partnership with the United States, and the reinforced NATO base in Souda Bay in Crete.

The growing imbalance of air superiority in the Aegean against Turkey and Prime Minister Mitsotakis’ performance in Washington D.C. turned the animosity into personal rage on Erdogan’s part.

Today, the Turkish establishment is just beginning to grasp the role Greece has begun to play on NATO’s southeastern flank, gradually displacing Turkey.

Against this tense backdrop, the crockery imploded amid allegations that the Greek Armed Forces had locked the S-300 system from the NATO base in Crete to the radar of TAF aircraft.

The security threat posed by Ankara to Athens today was not even at this level during the 1974 invasion and occupation of Cyprus. Yet Turkish commentators, far from seeing what is happening as a clear threat from Ankara, have placed it in the context of a century of animosity and rivalry between the two countries. The so-called “bothsidesism” as well as “whataboutism”!

These commentators, who know no criteria in international relations other than power relations, flooded the TV screens and opinion columns. They started talking about Turkey's perennial victimization and “legitimate security concerns.”

You would think that Greece is about to attack Turkey, just like the Syrian Kurds. People are caught up in the vengeful-sounding lust of “we will come suddenly one night.” The war-loving opposition, which is more like a warlord than a chieftain, is on standby. Listen to what Presidential candidate and “crusader” Kilicdaroglu said:

“The US has filled Greece with military bases. Their goals are clear! They (the Turkish government) should bring the closure of US military facilities in Turkey to the Parliament and we would support them in a nationalist spirit. Our stance is very clear. We have to increase pressure in the Mediterranean and Aegean. 'I took the ship (seismic ships for fossil fuel), I withdrew it, I wish Biden had called me', this is not the way. If you have the courage, take a step towards the occupied and armed (Greek) islands. We will support you!”

The issue of the Greek islands laying under Turkey’s nose and their continental shelves has been a headache since 1947 for the Dodecanese and 1923 for the others. There have been countless attempts, all in vain. The missed opportunities are countless.

On the Greek side, the conservative Samaras, former Foreign Minister, is known to have blocked a last minute decision to go to The Hague Tribunal for arbitration.

Nevertheless, it is clear and obvious that the solution is not military. There are many serious experts on both sides, all reasonable proposals are known.

What is needed is an ad hoc agreement between the two countries, in the light of international agreements, referring to arbitrations if necessary, following jurisprudence in the world, but specific to the Aegean Sea.

In this framework, Ankara is the side that is sidestepping today. Have you ever heard Athens say “no, we will not talk,” “Erdogan is null and void for us,” “what Turkey does is not binding for us”?

Even in today’s tense atmosphere, Mitsotakis continues to call for dialogue. But dialogue, like the tango, requires two people. And the Ankara regime does not play the game according to the rules.

The isolation of Ankara, which Turkish politicians and commentators insist on emphasizing, is the result of its own sovereign decisions. No ally will push Turkey around as long as it abides by common principles and values. On the contrary, NATO’s Western members are always ready to “understand” Ankara’s belligerent moves in the Eastern Mediterranean and Syria, characterize them as cryptic “legitimate security concerns” and keep Turkey in the Organization at all costs.

It is Ankara that isolates itself. The purchase of the S-400 missile system from Russia, the confrontation with Greece, the double dealing with Russia and the West over the invasion of Ukraine, the blocking of Finland and Sweden’s membership for unacceptable reasons, are all choices made according to its own mind.

From a sociological point of view, those who know both countries, or think they do, emphasize the great similarities between them.

For decades we have been listening to the “nice peoples, bad governments” narrative. There have been countless joint concerts, ouzo/rakı tables, friendship and brotherhood meetings. Despite all this, nothing worthwhile has happened. One wonders why?

Maybe for two key reasons... The first is that new and healthy relations cannot be established without discussing the mutual pains in the common history. Future cannot be built without knowing the past.

Look for instance, this year in Greece, the Asia Minor Catastrophe, which happened as a result of a political and military mistake a century ago and which meant the end of Anatolian Hellenism, is being commemorated everywhere. Every Greek family has a close or distant relative from Anatolia.

In Turkey, on the other hand, 1922 is commemorated with the insult “we drove them into the sea and we will do it again!”

The majority is unaware that those who were thrown into the sea were the people of this land, the citizens of this state, and of course they are never aware of the huge loss of civilization that occurred when their fellow non-Muslim citizens had to leave.

How many people are aware of the cultural desertification and of the ethical decay after 1914-15, when three million non-Muslims, out of a population of 16 million Ottoman citizens living in the territory corresponding to today’s Turkey, were wiped out through various means?

Second, the “great similarities” between peoples is a highly problematic claim. Politically, unlike in Turkey, there are no politicians in Greece making war calculations to garner nationalist votes and voters cheering them on to fight. Except for a few eccentrics, the common sense is there to take every political, diplomatic and military measure necessary to protect the country against Ankara’s claims and threats.

Let us not forget that whoever aspires to be the bully of a region is a security threat.

Greece, with its politicians and its people, is not a country that dreams of regional dominance and world power.

As a result, today Greece’s (and all the countries of the region’s) preconceptions of Turkey are no longer valid. And this Turkey encompasses both the regime, the nationalist opposition, and the people. Ankara’s policies are making Turkey a neighbor that can never be trusted. The country is diverging from its strategic partners and, at the same time, becoming more and more non-Western.

Dialogue, negotiation, and respect for international law are vital principles in the foreign relations of democracies. But one should not be naïve about the limits of diplomatic action in dealing with belligerent nations.

The West’s policy of appeasement and thus empowerment towards Russia over the last three decades has been a disastrous failure. The same mistake should not be repeated with Ankara.

In today’s world, the conflict is not between nationalisms, but between democracies and non-democracies. It is also about norms, standards, principles and values that still mean something to democracies, while being rejected by non-democratic governments.

By the end of 2022, Turkey is sailing into uncharted waters like never before in the 99-year history of the republic. The Turkish boat is being rocked by internal and external tremors, all planned and ill-planned by humans, namely the regime’s caciques.

The Ankara regime, like the Moscow regime, is a clear security threat not only to its neighbors and former allies, but also to Turkey itself, given the scale of its institutional, humanitarian and environmental destruction.

*Prof. Cengiz Aktar is a Turkish political scientist, essayist and columnist. Presently a lecturer at the University of Athens (EKPA) he worked for the United Nations and with the European Commission. His latest book "The Turkish Malaise" was published in London.