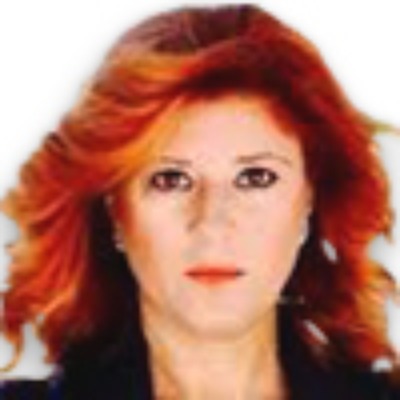 Rosatom operation to take over Akkuyu?

Does the agreement specify a requirement to include a Turkish partner?

Akkuyu has always belonged to the Russians and now it will belong to the Russians forever, both in its construction and operation. In other words, there is no such thing as national and domestic nuclear power, so you can forget about those fairy tales, Akkuyu is now forever Russian.

The debate over the construction of the Akkuyu nuclear power plant, which has turned into a can of worms, has been changing form and content over the years.

One of the most important events of the last few weeks has undoubtedly been Russia's announcement of the termination of the contract with the Turkish company IC Ictas for engineering, procurement and construction.

Let's take a chronological look at what exactly has happened, is happening, and could happen in the near future at Akkuyu Nuclear Co., a subsidiary of Russian state enterprise Rosatom with a total investment of $20 billion.

On July 21, 2022, the groundbreaking ceremony for the fourth and last reactor of the Akkuyu nuclear power plant took place in Mersin.

Everyone was happy, and this happiness was reflected in the statements from the Turkish side, full of big words.

Fatih Donmez, Minister of Energy and Natural Resources, said in his speech: "Today we are laying the foundation of the last reactor. God willing, we will inaugurate it next year, on the 100th anniversary of our Republic. Things are progressing according to plan at Akkuyu. Work continues simultaneously at all points of the construction site."

But it turns out that things are not going quite "as planned."

Following this ceremony, on July 26, Akkuyu Nuclear Inc., the main developer of the project established by the Russians, announced that it had terminated its contract with the Turkish company Titan-2 IC Ictas, stating that it had decided to reorganize the structuring of the participants in the construction works.

The partnership between the two companies, each holding 50 percent of the shares, was established under the name Titan-2 IC Ictas.

On July 29, Bloomberg reported, citing senior officials, that Rosatom has transferred about $15 billion in parts to Turkey since last week, for payments due now and expenses over the next two years.

It is rumored that $5 billion of the money has already been transferred to state-owned banks as of last week. Another piece of news parallel to this one was that Rosatom was seeking a loan of $6.1 billion. In response to Bloomberg's questions, Rosatom stated that "various instruments are being used to obtain funds and to utilize the funds provided. The loan agreement may include temporary investments in Turkish government bonds and/or deposits until the funds are available."

On July 30, Akkuyu Nuclear Corp. announced that it signed a contract with TSM Enerji Insaat Sanayi Limited Sirketi (TSM Energy Construction Industry LLC) and that all ongoing works under existing subcontracts will be transferred to TSM.

"Akkuyu Nuclear has signed a contract with TSM, a Turkish legal entity established under the laws of the Republic of Turkey. All ongoing works under existing subcontracts will be transferred to TSM, which has been involved in the NPP construction project since October 2019 and has experience in implementing high-tech projects. New contracts will be concluded between TSM and the existing subcontractors involved in the project, similar to those signed between the former main contractor-joint venture Titan-2 IC Ictas and the subcontractors."

Immediately afterwards it was revealed that the new contractor TSM was actually established by three Russian companies, namely Montajno-Stroitelnoye Upravlaniye No 90, Konsern Titan-2 and Sosnovoborelektromontaj in Mersin in October 2019, according to the Commercial Register Gazette.

Rosatom made the first statement on the reasons for the cancellation of the contract on August 5, noting that IC Ictas had committed "violations of the contract" affecting the quality and delivery time of the project.

We do not know the content of the contract, but Akkuyu Nuclear Co. justifies its termination on the basis of this document. Following this, the Ministry of Energy and Natural Resources announced that the necessary initiatives have been taken to settle the dispute between the Akkuyu NPP and the contractor Titan-2 IC Ictas Consortium.

Following the termination decision, IC Ictas stated that the termination attempt was contrary to international law and the Law of the Republic of Turkey, and emphasized that "nearly 3 thousand Turkish personnel in the management staff of the project and 25 thousand employees, 93 percent of whom are Turkish, working in the management of this staff" were liquidated. The company characterized this action as "an attempt to reduce Turkish companies to the level of subcontractors performing only standard construction works."

The company also announced that it would appeal the termination decision to the London Court of Arbitration. There is no doubt that the statements about the delays caused by the company in certain matters have a serious grounding. However, a basic question to ask at this point is that what competencies led IC Ictas, a subsidiary of Cecen Holding, to be selected as a contractor in the first place? Again, how many companies in Turkey have experience in nuclear power plant construction? Another question is whether the international agreement includes an obligation for Turkish companies to participate in the project. Signed on May 12, 2010 in Ankara, the "Cooperation Agreement between the Government of the Republic of Turkey and the Government of the Russian Federation on the Construction and Operation of a Nuclear Power Plant at the Akkuyu Site in the Republic of Turkey" was ratified in October 2010 before being published in the Official Gazette. The agreement provides that within three months of the signing of the agreement, the contracting company will be established as a joint stock company under the laws and regulations of the Republic of Turkey, in which the companies authorized by the Russian side will initially hold, directly or indirectly, 100 percent of the shares.

In addition, Article 5 of the agreement states that "In the event of failure of the contracting company, the Russian party shall assume full responsibility for identifying its successor, who shall have all the necessary competencies and capabilities to ensure the performance of its obligations under this agreement. The Turkish party, for its part, to the extent permitted by the applicable laws and regulations of the Republic of Turkey, shall take all necessary measures to ensure that all required permits and licenses are obtained in a timely manner in accordance with the laws and regulations of the Republic of Turkey."

In other words, as can be deduced, the powers such as establishing a company, determining or changing the company structure are completely left to the Russian side. Turkey has agreed to that from the onset. Only, there is a clause in case Akkuyu Nuclear Inc. decides to sell its shares in the future, which is included in the agreement as follows:

In other words, Akkuyu Nuclear Inc. is required to hold at least 51 percent of the shares. This point is not directly related to the termination of the IC Ictas contract, but as is clear from the agreement, there is no obligation for the contractors to be Turkish companies.

According to a media report last week, had the IC Ictas contract not been terminated, the company would have contributed $1.4 billion in turnover to the domestic industry. The picture in a nutshell is as follows:

Ahead of Russian President Vladimir Putin and President Erdogan's meeting in Sochi, the markets were tipped off regarding some $15 billion to be sent to Turkey for Akkuyu, and Putin, in a sense, got his hands on Akkuyu through Rosatom.

Erdogan's government, already in financial straits, depleted of its reserves and broke, turned a blind eye to this operation in exchange for the looming $15 billion, and made way for the takeover. So there is no reason to cry after Akkuyu.

It is curious to come across people on social networks wailing that "Akkuyu has gone to the Russians" in reaction to these developments. There is something that the AKP governments have concealed very well, and public believes them without a second thought, but you have to understand it:

Akkuyu has always belonged to the Russians and now it will belong to the Russians forever, both in its construction and operation. In other words, there is no such thing as national and domestic nuclear power, so you can forget about those fairy tales, Akkuyu is now forever Russian.