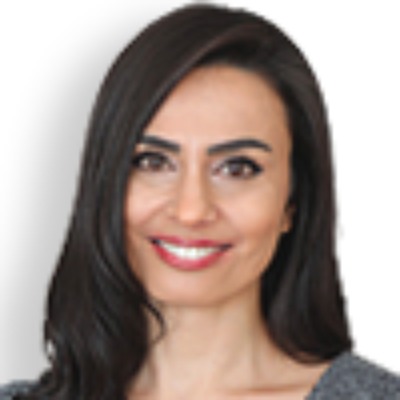 Scholz: "There are more important issues than human rights.”

Caught between its economy and its values, Germany is taking steps to the extent of ignoring its previous stance, especially towards Saudi Arabia.

The energy bridges between Russia and the EU were burned, a major dynamic that changed with the Ukrainian war, which started with the Russian invasion of Ukraine. The EU was an important energy market for Russia and this cooperation was an important bridge, especially regarding natural gas. Russia alone supplied 40% of the EU's natural gas demand in 2021. However, the sanctions and harsh mutual statements that came with the war altered the parties' energy relations in a way that is difficult to reverse. In fact, major EU countries, Germany in particular, are trying to create a gas roadmap without Russia. This effort culminated recently with German Chancellor Olaf Scholz's tour of the Gulf. What has Germany been up to? What role does energy play in the German economy? Can Berlin, which relies heavily on Moscow for natural gas, present an alternative? We will seek answers to these questions this week.

THE COST OF BURNED BRIDGES BETWEEN GERMANY AND RUSSIA

Germany has always been a special customer since the USSR began supplying gas to Western Europe in 1971. With the fall of the Berlin Wall and the reunification of Germany, this link has only strengthened. In addition to gas transit through Ukraine and Poland, Russia has built two lines for this special customer: Nord Stream I and Nord Stream II. These lines were to guarantee a direct gas supply between Germany and Russia without the vagaries of transit countries. Launched in 2012, Nord Stream I transported 55 bcm of gas per year from Russia to Germany for almost 10 years. However, following sanctions, the gas flow was cut off in early September due to maintenance problems claimed by Russia. Its sister line, Nord Stream II, has a more unfortunate history. The line, which began construction in 2018 and was expected to be operational in 2022, was shut down before it opened.

This development on the Russian side, which amounts to shutdown of lines, is important for Germany. Last year, 55% of the gas consumed by Berlin came from Russia. Germany is known for its companies operating in industries such as automotive, machinery and chemicals, and these fields form the backbone of the German economy. With the news of a Russian cutback, German industrialists will either reduce their gas consumption or their production. Both scenarios do not bode well for the German economy, because things are not going well in the German economy.

CRISIS BELLS AND LIFELINES IN THE GERMAN ECONOMY

Germany is one of the countries where the inflation in global economies is being felt. The EU's most powerful economy is trying to contend with inflation that has been rising since May. Inflation data announced by the German Federal Statistical Office (Destatis) on September 29 had Germany facing double-digit inflation after 71 years. Consumer prices in the country rose by 10.9% in September compared to the same period last year. Economists participating in the Bloomberg survey had expected inflation of 10.2 percent. Two items are heavily influencing this higher-than-expected inflation: energy and food. Food prices in Germany rose by 18.7 percent in September compared to the same period last year. On the other hand, the most striking increase came from energy, with a 43.9 percent annual increase in energy prices.

In the face of these out-of-control energy prices, Germany is announcing austerity measures on both the industrial and residential fronts. A price hike that shakes the course of inflation would kindle a fire in consumers' pockets. This does not bode well for a government that is still warming up to its mandate. Precisely for this reason, Berlin announced a €65 billion energy support package on September 4. Under the slogan "No one will be left behind," the package provides for the government, from pensioners to students, to offset gas prices with additional subsidies. With the arrival of September, the government announced a new fund. Within this framework, a €200 billion fund is being set up, including companies, to stabilize energy prices. It is noteworthy that Berlin made this announcement on the same day that inflation reached double digits after 71 years.

While Germany is trying to heal the wounds of consumers in the energy crisis with economic packages, it is also trying to close the gas deficit caused by Russia's withdrawal. "There are more important issues than human rights," Scholz said, risking meeting at the same table with Crown Prince Mohammed bin Salman, who is held responsible for Khashoggi's murder.

SCHOLZ IN THE GULF: WILL US GAS PROVIDE A REMEDY FOR GERMANY?

Germany's gas crisis has been exacerbated by the global economic recession and inflation has reached a record high in the country. The fire on the energy front is being contained with economic cost support packages. But there is one area where aid will not help: closing the gas gap. The region where this effort is meeting with a response is the Gulf region, which has raised serious controversy.

One of the chosen addresses in the Gulf was Saudi Arabia, which has sparked the "Human rights or gas?" debate. Germany, like many European countries, blamed Crown Prince Mohammed bin Salman for the murder of journalist Jamal Khashoggi, brutally killed in the Saudi Consulate General in Istanbul in 2018. Germany's stance caused a serious stalemate in its relations with Saudi Arabia. Likewise, Riyadh's role in the Yemen war was the reason for the German government's estrangement. At the time, Berlin legitimized its attitude towards Riyadh by emphasizing democracy and human rights. However, the gas crisis with Russia shows that Germany has chosen gas in the "values or gas" dilemma.

Scholz did not get the answer he expected, even though he chose gas in this dilemma and sat down with Riyadh and Doha. Germany did not receive any good news from these two countries. Only the United Arab Emirates (UAE) was able to reach an agreement. According to the agreement, details of which have not been made public, the first shipment of 137,000 cubic meters of liquefied natural gas from the UAE to Germany is expected to arrive at the end of December. Accompanying officials stated that the steady flow will begin in 2023.

On the other hand, cooperation with Saudi Arabia has not yet reached the desired level. However, it should be noted that there is no news of an agreement with Qatar, one of the world's most important LNG producers. In previous negotiations, Qatar had conditioned long-term EU gas purchases from the US as a condition for increasing the flow to the EU. Qatar apparently did not back down on this, nor was Germany able to offer such a guarantee. Proof of this is that Berlin has reached an agreement only with Abu Dhabi. We can therefore conclude that Germany is far from being able to close the remaining gas gap with Russia.

In short, the cost of the carnage and destruction caused by the Ukrainian war is getting higher and higher. While the Ukrainian people are paying the highest price in this context, Russia, which has been hit by a barrage of sanctions, is leaving the EU with a bunch of problems as if to say "I will not go alone." The tangle of problems is so complex that it has led Germany, for years the EU's economic dynamo, to reconsider its balance of power. Caught between its economy and its values, Germany is taking steps to the point of ignoring its previous stance toward Saudi Arabia. Moreover, the response to these steps has not been as expected. Scholz's Gulf tour only produced an agreement with unclear limits and quantities. Doha and Riyadh did not show sufficient enthusiasm. This trip, which is presented as an extraordinary step in extraordinary times, also raises a profound question mark for the EU. The EU's plan for a Russia-free West together with the US is not going as well as expected. There are serious contradictions in both economic and political values. This means that even if the West is victorious against Russia in Ukraine, it is possible that this will be considered a "Pyrrhic victory."