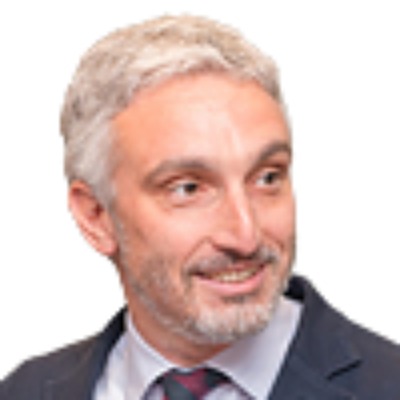 Two refugees and many hypocrisies

“NO WAR. Stop the war, don’t believe the propaganda, you are being lied to here. Russians Against the War”

This is what was written on the banner that Maria Ovsyannikova carried during a TV show. She is a brave journalist from Russia. She is brave because she could stand against Putin’s ruthless regime and invasion of Ukraine. As in almost any other authoritarian regime, she was immediately taken under custody. But she did not stop there. During her court hearing, she took another banner from her pocket in the glass-separated cabin and showed it to the outside world. The banner read:

“May the children you killed haunt your dreams!”

According to UNICEF[1] at least 1000 children died during the Russian invasion of Ukraine, while thousands became displaced and/or refugees in various countries. Europe, therefore, faced another refugee crisis. When millions of Ukrainians were displaced and forced to move toward the West, they saw the compassionate face of Europe. Individuals, organizations, governments, and the European Union mobilized resources to accommodate the “newcomers.” Countries like Poland, Lithuania, Latvia, and even Iceland initiated programs targeting the different needs of refugees from Ukraine. Heads of European states raced with one another to make statements welcoming the Ukrainians.

Among them the President of the European Commission, Ursula von der Leyen said the following on September 14th, 2022 during her State of the Union speech[2]:

“Never before has this Parliament debated the State of our Union with war raging on European soil. Europeans from across our Union woke up dismayed by what they saw. Shaken by the resurgent and ruthless face of evil. Haunted by the sounds of sirens and the sheer brutality of war. But from that very moment, a whole continent has risen in solidarity. At the border crossings where refugees found shelter. In our streets, filled with Ukrainian flags. In the classrooms, where Ukrainian children made new friends.”

It is almost shocking to read this statement for someone who followed the news in 2021. Back then, we saw heartbreaking images coming from the border between Poland with Belarus. European Commission’s agenda by then was to “protect its borders.” They decided to push back the asylum seekers coming mainly from the Middle East and Central Asia. By then Europe did its best to keep them out of sight and implemented a cruel policy of “let them die!” And unfortunately, more than 20 people died on the borders of the European Union while trying to seek asylum, which is a right since 1951. Among them, there was a 1-year-old, and another was 14. On the European side, no one felt responsible, no one was accused other than smugglers and Lukashenko.

So, back in the autumn of 2021, the EU mobilized its sources, as they did for the Ukrainian crisis. This time the resources were not mobilized to let Syrian, Afghan, and other refugee children make new friends in Europe. This time 353 million Euro was allocated to build a wall of 60 kilometers. This policy was easier than trying to “absorb” them. This shameful policy did not make the headlines as much as Trump’s wall with Mexico, although it is the same stupidity! President von der Leyen assured member states by mentioning how 6,4 billion Euros are allocated for border protection and how Frontex’s budget is increased to 1 billion Euros[3].

This was neither the first nor the last of European hypocrisies about refugees. As it is called “the Turkey deal” was based on keeping asylum seekers as far as possible from fortress Europe by signing a disgusting deal with Erdogan. Although it is called a deal, the whole world is aware that it is a bribe. The EU happily bribed Erdogan with 6 billion Euros to keep mostly Syrian refugees in Turkey. By doing so Europe kept its walls higher than Trump’s walls. This was the beginning of a happy partnership in crimes against almost all of what can be called European values. But obviously, European heads of state were happy, and Erdogan was happy.

The deal made Turkey number one in the world for hosting refugees with an estimated number of more than 4 million people. While thousands of people died and are still dying while trying to cross the Aegean Sea, for all those who are in Turkey, racism, violence, xenophobia, and systematic abuse in all social and economic areas became a daily issue. With a long history of bashing minorities from Anatolia, such as Armenians, Greeks, Jews, Kurds, and Alevites, Turkey’s racism became blatant first and then legitimized by mainstream media, including the ones opposing Erdogan’s regime.

However, this did not stop President von der Leyen to say that “this is about autocracy against democracy” during her speech about Ukraine’s invasion. But as a loyal partner in crime, and in exchange for keeping the fortress free from asylum seekers, the EU gladly turned its back on Erdogan’s autocratic regime. Only a decade ago, the Turkish society was very aware of the Copenhagen Criteria and terms like Acquis Communautaire and negotiations. By then the ruling elite of the country, the secular nationalists, were not happy with the changes that Erdogan’s government was introducing for the EU accession negotiations. Civil society organizations, initiatives, platforms, and individuals, in short, all democratic forces in the country were working together with their counterparts in Europe for a future EU membership but mostly for improving human rights and democracy in Turkey.

Thanks to the Turkey deal, the same organizations and individuals were left all alone and only weak voices were raised on obvious cases of human rights abuses. Erdogan increased the bet and turned the judiciary into his personal punishment mechanism. The EU preferred to put back the Copenhagen Criteria where it came from and abandoned the civil society and all other forces that were struggling for rule of law, democracy, and human rights in Turkey, and preferred to cry for Ukrainian refugees.

The same deal and the expensive bribe made Turkey the number one country in hosting refugees with more than 4 million people. Still, the list of countries with numbers of refugees is also a list of utter shame for European countries. Turkey is followed by Jordan, Uganda, Pakistan, Lebanon, and only then Germany with 1,5 million refugees. However, the list continues with Sudan, Bangladesh, Iran, Ethiopia, and so on… To find countries like the Netherlands with a GDP per capita of 48,796 USD/year, you must go all the way down to the 46th position. Almost all the countries that mobilized resources for Ukrainian refugees have ridiculous numbers of refugees from war-torn countries like Afghanistan, Iraq, and Syria.

This was still not the end of European hypocrisy. Asylum seekers coming from Ukraine immediately received temporary status and thus were allowed to work and reside in the countries in which they arrived. For an asylum seeker coming from any other country, getting “the status” is a dehumanizing process where each European country tries its best not to provide any. All these people, who are taking lethal journeys, including thousands of unaccompanied minors, are waiting for years for the day they receive refugee status. Countries like Switzerland have laws and procedures systematically dehumanizing the asylum seeker and making it almost impossible to receive status. Denmark recently decided that the crisis in Syria is over and started sending Syrian refugees back. Ireland decided that there were so many refugees coming to re-seek asylum and thus introduced visas for the travel documents of refugees provided by EU countries. Almost in all European countries, asylum seekers are kept for years in camps outside of remote towns, basically with no access to a normal life. If you ask an average European, the most compassionate discourse would be “to integrate” refugees into their societies. Who is integrating whom, and to what?

Recently, the Netherlands had an asylum seekers crisis as well. A sudden increase in the number of first applicants left the poor Prime Minister Mark Rutte helpless. The huge number of people was later announced to be 700! So, hundreds of asylum seekers slept outside Ter Apel or the asylum-seeking center. A local philanthropist collected money and distributed tents. The Dutch state immediately intervened and confiscated the tents arguing that tents were violating the fire safety rules. During one of those nights, a child died just outside the facilities. Probably Prime Minister Rutte and his members of the cabinet cried a lot and could not work for a day or two. Prime Minister Rutte is well-known for his responsible character. During the child-care scandal, where thousands of families with a non-Dutch surname were called to pay back the child-care benefits, he resigned. But he did not resign from the party leadership. Therefore, he was simply re-elected during elections three months following his resignation. He is now leading his 4th cabinet.

Europe, therefore, does not have a refugee crisis or an absorption problem. Europe has a deliberate policy of welcoming certain refugees and letting others die. European values are not universal but reserved for those with a pale face, colored eyes, and blond hair. The European values of democracy, rule of law, and human rights are just lip service when it comes to making deals with autocrats. We are left with nothing but a fortress Europe that has no issues with being partners in crime with thieves and criminals.

President von der Leyen finished her State of the Union speech this September by saying “Long live Europe.” I would suggest a different ending. Following Maria Ovsyannikova’s wishes for Putin’s regime, Madame President von der Leyen, Mister Prime Minister Rutte, and Erdogan: “Let the children you killed haunt your dreams!” You are responsible for the countless children who died on the way to Europe, in the Aegean Sea, Mediterranean Sea, Belarus border, and in front of Ter Apel. And I cannot do anything other than hope that one day you will be held responsible for all the crimes you have committed.

*Yigit Aksakoglu is a civil society activist and NGO professional from Turkey. He has experience in developing and implementing advocacy strategies for rights-based issues and organizations. He contributed to the scaling up of public policy interventions targeting vulnerable populations, in partnership with NGOs, universities, companies and municipalities.

Yiğit completed his undergraduate degree at Yıldız Technical University’s Civil Engineering Faculty. He received his MSc degree in NGO Management from the London School of Economics. He then received a postgraduate degree in International Cooperation and Development at Barcelona University.